The eternal significance of a career in science

How the Bible affirms the pursuit of a scientific career

For some, the investment of energy in full time church work is held up as being of greater eternal value than pursuing a career in science. This can put a huge and misplaced amount of pressure on both Christians pursuing careers in science and in ministry.

I want you to come and hear the call of the Bible for Christians to use their gifts and energies in a way that is of eternal significance. Not primarily by pursuing a career in full time ministry, but by working faithfully in the ways which God has called us each to individually. By living as his image bearers; by ruling as he intended over the creation that he loves; by faithfully doing the work that he has prepared in advance for each of us to do: each follower of Jesus can participate in work that is of eternal value.

‘Let us make mankind in our image, in our likeness, so that they may rule over the fish in the sea and the birds in the sky, over the livestock and all the wild animals, and over all the creatures that move along the ground’.

The very first time that humanity is mentioned in the Bible they are described as having one key role: to be God’s image bearers, in order that they may rule. As God rules over all of creation, so he appoints us, under him, to rule over the creation that he has made day by day, sharing his compassionate heart for all he has made.

So, what does it mean to live a life that fulfils God’s purpose for us day by day?

It looks like faithfully bearing God’s image on this Earth.

It looks like ruling over creation with hearts overflowing with gentleness and mercy.

This is what it means to work for God now in an eternally significant way. We are not to be idle but to work hard in the ‘good works which God prepared in advance for us to do’ as we are made new creations in Christ (Ephesians 2:10).

If heaven looks like ruling in a restored creation alongside God the King, then now on earth we are to start ruling and caring for the fallen creation as the Father does.

And it only gets better. In the new creation, we will do God’s work alongside him.

Revelation 21:3 declares: ‘Look! God’s dwelling place is now among the people, and he will dwell with them’. In Revelation 22:3-5 we read ‘his servants will serve him… and they will reign for ever and ever’.

As we live on earth now looking forward to this promised future, we seek to start bringing God’s kingdom in. As we pray in the Lord’s prayer ‘let your kingdom come, your will be done, on earth as it is in heaven’, we live to bring God’s heavenly kingdom in now, though only in part.

If heaven looks like ruling in a restored creation alongside God the King, then now on earth we are to start ruling and caring for the fallen creation as the Father does. We want God’s kingdom to be coming now in the world around us.

How does science fit in?

Science is just one of the ways that Christians participate in God’s purposes for us, and for his kingdom. Studying science as a Christian has the dual purpose of mentally engaging deeply with the created world and practically joining in with God’s mission to reconcile the whole creation to himself.

In Psalm 111:2 it says: ‘great are the works of the Lord; they are pondered by all who delight in them’. As scientists we come to study all that God has created. As Christians we delight in the works of the Lord because we know it is he who made us and reigns over all. Therefore, to be a Christian scientist is to live according to what Psalm 111:2 calls us: to study God’s creation as we live delighting in God’s great deeds. To engage with God’s creation deeply on an intellectual level as a scientist is an act of worship.

To take it a step further, scientists also practically join in with God’s ultimate mission of reconciliation and restoration enacted in Jesus’ death on the cross. Colossians 1:19-20 says that ‘in Christ all the fullness of God was pleased to dwell, and through him to reconcile to himself all things, whether on earth or in heaven, making peace by the blood of his cross’. All things now that will be restored in the new creation are being reconciled to God through Christ’s sacrifice of atonement. And we’re called to join in with that! Joining in with this ministry of reconciliation as a scientist looks like working to heal the relationship between fallen humanity and broken creation. Starting to mend this relationship through better understanding the natural world and our impact on it is exactly what the Bible calls scientists to do.

To study science is to wholeheartedly pursue a life that shares the Father’s heart for his creation, that fulfils our purpose as human beings.

To study science is to love wisdom that relates to creation; to invest time loving God’s creation as we investigate the created world. It’s to care about understanding the created world in order to rule it best. This means that to study science is to wholeheartedly pursue a life that shares the Father’s heart for his creation, that fulfils our purpose as human beings.

What use of our gifts and energies could possibly be of greater eternal significance than accepting the invitation to join God in what He is already doing?

And so, if this is the pattern of the father, what he loves, the way he works, and the hope he promises, how eternally significant is a career in science!

The calling to full-time Christian ministry

Affirming the eternal significance of a scientific career helps us to acknowledge that the pursuit of a full-time career in Christian ministry is not necessarily using our gifts and energies for something better. For some who are genuinely called into this ministry, this is the way to use their gifts in the manner of greatest eternal significance. But the calling into this ministry is not for everyone.

Our gifts, passions, and circumstances given to us by the Lord should lead us into careers in which we can use these to glorify him. In 1 Corinthians 12 it says ‘there are different kinds of gifts, but the same Spirit distributes them’ and these are ‘given for the common good’. Thus these gifts should be used with the purpose of glorifying God and serving the people around us. For those with the gift of preaching and leading, this might look like full time Christian ministry. For those who have a gift for understanding complex molecular biology, this might look like doing full time research in this field.

It’s also true that Christian ministry and science are not independent of each other, but interwoven. The eternal significance of a career in science could also come from the sharing of Jesus with a lab colleague and leading them to put their faith in Jesus. Here the scientist is using their circumstances to bring glory to God and their scientific career is of eternal significance but not purely because of the science that they are doing.

On the flip side, lasting fruit in ministry might stem from a piece of scientific research. A pastor may be enabled by reading the science to care better for the mental health of their congregation - which is ultimately of eternal significance too.

It doesn’t all divide up neatly. Ministry and science complement each other. Careers in both can be eternally significant in themselves but both can offer real value to the other as well.

As we are to use the gifts we have each been given, we must ensure that whatever career or role we are entering into, we are doing it to bring glory to God alone. To enter full time ministry for personal gain and satisfaction or to make yourself feel important is living as though the world is a temporary stage on which to try and make ourselves look most significant to the people around us. The temptation in the church is to fall into this trap and become self-seeking in our motives for entering ministry, constantly working on project self rather than the good works God has prepared for us.

Likewise, while we have seen that a career in science is far from merely a worldly pursuit, let me acknowledge that it can be. For many people who do not confess Jesus is Lord, science is merely a worldly pursuit. But there are many for whom confessing that Jesus is Lord and living a life under God’s rule gives an eternal significance to their pursuit of a career in science. For those of us called to scientific careers, using our gifts in this way has lasting spiritual value because it is listening to and obeying what God is calling us to as individuals. Lives lived in obedience to God, recognising the unique gifts he’s given us, are of the greatest eternal significance.

Following God wherever we are called

The Church should be known for how we bring glory to God in all the sectors we work in, doing whatever we do knowing that when we do it for the Lord it has value that will last into eternity.

What is science for? 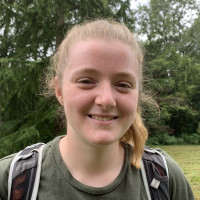 Anna is an undergraduate studying chemistry at the University of Durham. She loves a good book, all things sport, and drinking decent coffee.

View all resources by Anna Wilson