The antivax movement: a Christian response

The story so far

2020 will forever be known as the year that the world shut down. SARS-CoV-2, a novel coronavirus, swept through nations at incredible pace, and the race to find effective protection against it was on. On the 8th of December, Pfizer’s mRNA vaccine was administered to its first recipient, Margaret Keenan. Similarly, on the 4th of January, the first dose of the Oxford-AstraZeneca vaccine (a chimpanzee adenovirus vaccine vector) was administered to recipient Brian Pinker. These vaccinations were hailed by many as one of the greatest scientific achievements to date.

However, the acceptance of these vaccines by some groups has not been smooth sailing. In viral video ‘Plandemic’, Judy Mikovits, a former virology researcher, blames the coronavirus outbreak on a circular cable led by Bill Gates – along with several other COVID conspiracy theories. The full video has since been taken down from most social media platforms, however clips can still be found floating around. Judy Mikovits is one of the leading voices against the current vaccines and has not been shy in voicing her opinions. Formerly director at the Whittemore Peterson Institute, a medical institute dedicated to researching neuroimmune diseases, Mikovits was removed after allegations of removing laboratory notebooks and keeping of other proprietary information on her laptop.

The conspiracy theories and wariness surrounding vaccines are not a recent development. Most famously, in 1998 Andrew Wakefield co-authored a paper suggesting that the MMR vaccine had links to autism in children. This paper was partially retracted by 10 of the 12 authors, and in February 2010 the Lancet completely retracted the paper, admitting that several elements were incorrect. It was also found that Wakefield had been funded by lawyers who had engaged with parents in lawsuits against vaccine-producing companies. The damage however had still been done with just 83% of children receiving the first dose of the MMR vaccine in 2004, compared to >90% in years prior to the Wakefield paper.[1]

The anti-vax theorising does not stem exclusively from discredited scientists. In select churches and religious communities, for a different set of reasons, the anti-vax viewpoint is still very prevalent. Guillermo Maldonado, described as a prominent Florida megachurch pastor, has been in the news recently for advising his church not to receive the COVID-19 vaccine but rather to believe in “divine immunity”.

This is not the only example of COVID-sceptic church leaders being vocal about their disbelief in the virus. Kenneth Copeland, a highly criticised American megachurch pastor, has been recorded downplaying the impact of the virus and comparing it to the flu. He has encouraged those that regularly attend services to still be present and if sick, to be healed in person. This view of the virus is a piece of the greater picture of some of the views of science from religious groups. It is important that we know how to respond correctly to criticism of the faith due to these select views of the virus. We must also allow ourselves to open up the conversation with those who fear vaccines on these religious standpoints.

The claims of anti-vax

It is important to remember that however misinformed we may believe people to be, opinions as strong as these will rarely be without cause, and finding common ground is a useful starting point. Finding the root cause of distrust in vaccines from religious standpoints allows us to discuss the deeper issues of which the anti-vax movement is just one expression. So, what are those who oppose the Covid-19 vaccine worried about?

1)    “Leave my DNA alone!” - The vaccine having the ability to alter our DNA

This fear is one that speaks into transhumanism. Transhumanism is the concept or philosophy advocating the transformation of the human condition by developing technologies to modify human intellect and physiology. It stands for an intermediate form between human and posthuman – think films like Gattaca, The Island, Robocop, Limitless etc. Fears of transhumanism can be real and justified so it is firstly worth noting this as an exaggeration of a genuine and true concern about transhumanism. The fear in this situation is that the modification would be unknown and unwilling. When fuelled by viral videos such as ‘Plandemic’, people’s fears of the elite manipulating the masses by the unwilling modification of their DNA can become real.

The base of this fear stems from two central sources, the first being ownership of oneself, and the second being personal privacy. People may fear the loss of ownership or control over themselves due to non-consensual changes to their DNA. People may also fear the loss of privacy as an unwilling change is brought upon them in an extremely invasive way. This stems from a lack of biological knowledge, knowing just enough to understand that RNA is a type of natural data storage, but not enough to understand the mechanism of the vaccines. The Pfizer mRNA vaccine works by getting the protein factories in human cells to produce a nonharmful identifier of Coronaviruses. There is no evidence of this RNA being able to enter the nucleus (where human DNA is stored).  It will be seen for most of the concerns raised that, while they are misguided and misinformed, they are in reality exaggerations of things to be mindful of.

It is important to start this point by stating that, similarly to the DNA altering fear, this theory has no scientific backing. The fear of microchipping is purely speculation as no evidence even remotely close to this has been found. The fear that has been instilled into some religious communities is the restriction of religious freedoms by an overstepping government.

This has been one of the main points megachurch pastor Maldonado has been making to his congregation. Lloyd D. Barba commented on the teachings of Maldonado saying,

“When a preacher with his stature mixes conspiracy theory with end time speculation and claims to have heard directly from God on social-political matters, it becomes exceedingly difficult for the faithful in the pews to discern between what is scripture, social commentary, political fantasy, and outright conspiracy”.

This also touches on the point of preachers predicting precise events in the end times, which some megachurch pastors such as Maldonado have done. These types of teaching not only harm the congregation and the wider community but also give potential for a divide in the scientific and religious groups where there need not be one. As outsiders to this group of teaching we can see how outrageous Maldonado’s claims are, however for those fully integrated in this group the fears are real. We must take this into account when responding to those who reject vaccines for religious reasons. It is important to remember that while these fears may seem, and are, farfetched and irrational, they are simply strong exaggerations of fears arising from lack of scientific understanding.

How do we respond?

It is easy to initially mark these responses to the vaccine as irrelevant and not worth the time or effort to argue with. However, it is important that we correctly understand how to interact with those who discourage the use of vaccines on religious grounds.

It is firstly important to be well-informed in our understanding of the vaccine, and its positive implications for us. Bringing strong, evidence-based arguments to a conversation, whilst respectfully listening to opinions, is one of the most effective ways of challenging their standpoint, regardless of the topic. Knowing the truth and beauty behind the science and the creator who made the natural universe possible for us to explore and investigate it allows us to research and be confident in the safety of the vaccine. In this case the investigation of the natural world has been done via numerous peer reviewed articles confirming the safety and protocols of the Covid-19 vaccines.[2]

Knowing the safety and reliability of the vaccine is also useful in responding to those whose question is as to whether we are taking the vaccine on religious grounds. Misinformation can spread like wildfire and being informed and ready to inform others around us, allows us to firstly protect others, but also to prevent a wrong portrayal of the relationship between faith and science.

The joys and victories of science

The turnaround for the average vaccine is around 10 years. COVID-19 vaccines have been produced, with the same safety protocols, in a year. This is truly one of the greatest scientific achievements of this decade and should be held in incredibly high regard. Not only is it incredible to think of the results of the vaccines, but of the mechanisms within them. The mRNA vaccine uses the body’s own protein production systems to create the spike protein associated with COVID-19, without any of the other viral effects. When we look at these vaccines, we should not only be in awe of the work and intelligence that has gone into them, but the intelligence of the system that allows us to research such stuff.

The natural world around us is an incredible thing and the ability for us to understand, study, and interact with it through the means of science is incredible. Each time we undertake any type of scientific endeavour, we should be hit by the incredible nature of the universe around us, and it should point us to something more. The scale of the universe from the infinitely massive of space, to the incredibly miniscule of mRNA pieces, allow us to interact with a world that was created to be interacted with.

Throughout the pandemic, everyone at some point has felt the difficulty of isolation, loneliness, and separation. The vaccine is a promise of these things to cease and for normality to return, and so we all wait in eager anticipation for the day we can all get our arms jabbed. However, just as quick as Covid-19 has hit can another pandemic sweep across the globe. The reality of this life is that we have no guarantee of what tomorrow will be, what we will experience, and if we will be stuck with restrictions like the ones we are in now. To put all our hope and faith into a vaccine to provide what we need is a temporary and fleeting hope. In all of this, we should never forget an eternal hope that spans across even death. More important and pressing than the disease of COVID is the disease of sin, and for that, we should look to only one hope, greater than any vaccine, which is Jesus.

Science and the quest for truth 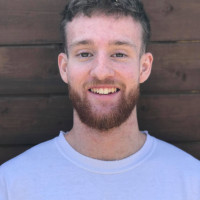 Peter is a Swansea University graduate where he studied Biology. He is now working as a Relay in Cardiff and participating in the Science Network elective study course.

View all resources by Peter Brind