So you find yourself studying a scientific subject. You were good at science at school, maybe because you really liked finding out how things work, or you were good with numbers. Maybe you wanted to do something practical, or you thought a science degree would get you a good job.

Whatever the case, here you are - and you are also a Christian. Whether or not you thought very much about the relationship between science and faith before you left school or college, you will soon have to! More knowledge, a wider group of friends, a different church, things that are happening in the world – all of these throw up new questions and challenges.

The first thing to say is that science is a great vocation for a Christian. Whenever I speak to students or churches, I try to stick with the positives, looking at why a Christian should be a scientist. Here are ten reasons why you can be excited about your future career and the opportunities it brings, and about engaging with your subject on a theological as well as a scientific level. I personally have found these points encouraging, and they are a great jumping-off point for discussions and further research on science and faith. At the end of the article are some resources that I have found helpful and approachable when I have had questions of my own.

1. There is a rich heritage of Christians working in science

Most of the famous early scientists believed in God. Galileo, Kepler, Newton, Boyle, Faraday… They used theological reasons to explain why they wanted to do science, they saw themselves as exploring God’s creation, and they were worshipping God in the process. As Psalm 111 says, “Great are the works of the Lord, studied by all who delight in them” (ESV). The Bible says that creation is ordered – the separation of animals into different kinds, the seasons, the movement of the stars, and so on. These patterns made the first European scientists expect to find law-like mechanisms underlying the natural world - and they did! That step of scientific faith was based initially on theology. Christians in the sciences can be proud of this legacy of faith encouraging scientific investigation.

I’m based in Cambridge, so I’ll count the Christians who are professors in the science departments of Cambridge University at the moment. There is Bob White in Earth Sciences (who happens to also be the Director of the Faraday Institute), Simon Conway Morris - also in Earth Sciences, Russell Cowburn in Physics, Sir Colin Humphreys in Materials Science, Hill Gaston and Alasdair Coles in Medicine, John Barrow in Mathematical Sciences, and Peter Robinson in Computer Science. I probably missed quite a few, and there are women too - Katherine Blundell in Oxford, for example. If you want to know who’s around in your own university, ask Christians in Science - they will probably know a few Christians in or around your own department.

3. It’s worth studying the world for its own sake

The Bible is very clear that all creation praises God and glorifies him (see Psalm 8 or Psalm 150, just for starters). Every creature, plant and rock has an intrinsic value, and before humankind existed on earth, there was already a point to the whole created order. By studying these things, we can worship God all the more because we see just how great God is – what a creator! We can also make sure that worship is not silenced by our own destructive behavior.

It’s obvious, but it has to be said. In the end, much scientific knowledge is used to develop medicines and useful technologies, improve agriculture, prevent us from damaging the environment more than we already have, and so on. In the future you might find yourself studying some tiny molecule or making weird computer chips, and wondering what on earth you are doing. But you can remind yourself that it’s just another little entry in the library of human knowledge, which will make it possible for others to do some very good things in the future.

5. Science is complementary to other ways of looking at the world

Scientists look at the world in a particular way. They ask: What’s that? Can you measure it? Can you do repeatable experiments or observations on it? The scientific method is extremely successful at answering certain sorts of questions, and finding out the mechanisms of how things work, but to have a well rounded view of the world we need to step beyond science. Other types of questions – Why is it here? What’s it for? What should I do with it? – are just as valid, but to answer them fully requires a different sort of answer, which should be backed up by a different kind of evidence. So the arts and humanities, including philosophy and theology, are just as important as the sciences because they help build a more complete picture of the world. Science may raise questions about meaning and purpose, but we need to turn to other ways of thinking to answer them.

5b. The Bible and science tell complementary stories

The Bible tells us about theology, not biology, geology, or any of the other sciences. Yes, there are questions – for example about exactly how evolution fits into God’s purposes - but we must be careful not to box God in and decide how he should have created. There are a lot of good resources to help you explore this area more fully (see below).

6. Science fits well within a Christian worldview, including prayer and miracles

God sustains the world in such regular ways that scientists can describe it in terms of scientific ‘laws’. God often uses these regular ways of working to answer our prayers – so the disease gets better quickly, but you know that it only improved after you prayed. From time to time, God also causes things to happen in other ways - which Christians would recognise as miracles. The most important example for us is the resurrection of Jesus Christ. We cannot know exactly how God does these things because we’re seeing them from inside the world, where we are bound by time and matter. All we know is that from time to time something unusual occurs, when God interacts with certain people to achieve specific things. So we can get on with studying the regular mechanisms of the world through science, and keep praying for God to act in our lives and the lives of others.

7. Science is a great way to put Christian values into practice

Science is challenging, frustrating, and rewarding. To work effectively, scientists need to share resources and ideas, help each other, give up time to teach students, and collaborate together. A healthy lab – like any working environment - has an active social life, celebrates and commiserates together, welcomes new members, and consumes lots of cake. A scientific environment can be a crucible for character development: a way to learn to give, receive, and be in community.

What with conferences, collaborations, teaching opportunities, and jobs abroad, science can be a route to the travelling life. Most countries have some sort of science happening there, so science can be a way to meet people, help and learn from people in other countries, and get involved with local churches (if they exist!) So if you are thinking of living and working abroad, science could be a great way to do that.

9. Scientists have opportunities to serve society outside of the lab

Encouraging young people in schools, running science festival events, serving on advisory boards or ethics panels, giving commentary to the media, getting involved in education – there are so many ways that a scientist can serve society. Some scientists have given up part of their career to give more time to these activities, or to contributing in a more obviously Christian capacity. We live in a diverse society so as well and bringing your skills and knowledge, a Christian voice is needed in all of these areas.

10. Both science and faith are a search for truth

Many scientists became Christians while they were at university. I like to think this is because a good researcher is not afraid of the truth. We want to know how the world is, we examine the evidence, and even if the truth is uncomfortable we will go with it, because we are driven to find out about the world. A scientific theory often demands a different kind of investigation to the search for God - one is about mechanisms and the other is about meaning and relationship - but both involve evidence, rationality, and a search for truth. As a scientist, you can be part of that conversation.

Christians in Science – meet other scientists who are also Christians, learn and be equipped to get involved in science-faith discussions. Students can join for free, and there are loads of great resources online.

The Faraday Institute for Science and Religion – an academic institute with a Christian ethos that also runs weekend or week-long courses, and online resources including articles, podcasts and videos.

Science & Belief – a weekly blog on science and Christianity

Test of FAITH – introductory resources to tackle the main issues of science and faith, including an award-winning documentary series

Ruth Bancewicz, God in the Lab: How Science Enhances Faith (Monarch, 2015). Stories of creativity, imagination, beauty, wonder, and awe in both science and Christianity.

Ernest Lucas, Can We Believe Genesis Today? (IVP, 2001). An introduction to the main issues in interpreting Genesis.

Alister E. McGrath, Inventing the Universe: Why we can’t stop talking about Science, Faith and God (Hodder & Stoughton, 2015). A popular-level book on the relationship between science and faith.

Reaching the world for Christ through science

Science and the quest for truth 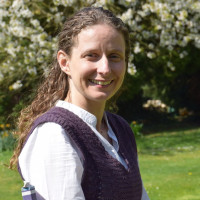