Today, scientists take pride in scepticism. It is the sort of quality which makes you good at science; questioning why things happen the way they do and not simply taking someone else’s word for it. Rightly so.

It wasn’t always like this, however. Greek philosophers such as Aristotle left such a strong legacy in scientific thought that for hundreds of years, very few people really questioned the explanations they had offered about how the world worked. The problem was that these explanations were based on presuppositions or assumptions about the world rather than careful observations of natural phenomena. Conclusions were inferred in more of a top-down approach from original axioms, rather than by a bottom-up inductive process, based on repeated experiment.

One of the pioneers of the sceptical mind in science was Robert Boyle – known for Boyle’s law and seen as one of the founders of modern chemistry. Boyle followed in the footsteps of Francis Bacon in developing and practising what would one day become the scientific method. Key to his approach to science was his desire not to be too heavily influenced by the hypotheses of other notable scientists if he himself was unable to test them. In one of Boyle’s most influential works, The Sceptical Chymist , he took issue with the Greek explanation of the elements (Earth, Air, Fire and Water) which make up the universe, and instead set forth his own definition – which more closely resembles what we know today - based on his own experiments breaking down compounds into the individual substances (elements) from which they are composed. We will consider his contribution to Chemistry in greater detail in due course.

Boyle was also a convinced Christian, believing in an ordered and beautiful universe, designed by a personal God, who had made himself knowable and his world intelligible. Indeed, Boyle’s scientific scepticism and his Christian faith were not independent, unrelated parts of his life, but rather pursuits which mutually informed, shaped and benefited each other.

Robert Boyle was born into a wealthy family in Ireland in 1627. After being educated at Eton and touring Europe with his tutor – a period during which he was inspired by the likes of Galileo in Italy – he returned to England to dedicate himself to scientific research. His chief interest was chemistry, but his work extended into the fields of physics, philosophy and theology as well. In 1654, aged 27, he moved to Oxford where he joined a group of like-minded natural philosophers known as ‘The Invisible College’ (which later became the Royal Society) and this spurred him on into his first major successes as a scientist. Assisted by Robert Hooke (of Hooke’s law fame), Boyle constructed an air pump, enabling him to conduct experiments on pressure and the properties of air, which led to the eventual publication of the law which now bears his name.

Boyle lived out his later years (1668-1691) in London at the home of his sister Katherine Jones, who herself was an active scientist and religious philosopher, and had a laboratory in her house in which Boyle continued to experiment. During this time, the two enjoyed a brother-sister scientific partnership, discussing, editing and promoting each other’s work. However, Boyle’s health was in gradual decline and he began to excuse himself from public engagements and reduce the number of visitors he received. He hoped to focus his energy on organising his writings, and preparing a legacy of chemical experiments for future students to investigate.

Strictly speaking, Boyle’s law is not really a chemical phenomenon, although it was later combined into the Ideal Gas Law which is widely used today in reaction kinetics and thermodynamics. Though he is best known for this today, Robert Boyle’s contributions to science in general and Chemistry in particular actually extend much further. At the time that Boyle was working, few people really recognised Chemistry as a distinct, let alone worthwhile field in itself – Alchemy was by far a more interesting prospect. Boyle was one of the first to conduct chemical investigations that went beyond medicine and alchemy, and saw Chemistry as the science of the composition of substances. He invested a lot of time into breaking things down into their constituent ingredients, or elements, generally through the use of fire (although he recognised the limitations with this approach). This practice he referred to as “analysis”, probably the first use of the term which is now ubiquitous in the vocabulary of Chemistry today.

These experiments led Boyle to reject the idea of the elements as set out by the Greeks, as well as the idea of the so-called ‘principles’, popularised by Paracelsus, in which all medicinal remedies consisted of salt, sulphur and mercury components (note that these words did not have the same meaning at the time as they do today). Instead, Boyle proposed his own definition of the elements in The Sceptical Chymist:

'I now mean by Elements … certain primitive and simple, or perfectly unmingled bodies; which not being made of any other bodies, or of one another, are the ingredients of all those called perfectly mixed bodies … and into which they are ultimately resolved.'

While his wording may feel a little clunky or alien, the essence of his definition was that most substances known to man are made up of basic, distinct ingredients, and can hypothetically be separated out into these elements. In this way, he made a significant step forward towards the ideas of elements with which we are familiar today.

However, in other areas he was a little off the mark. For instance, he did not consider materials like gold, silver, lead, carbon and sulphur to be examples of such unmixed bodies, but thought that they themselves were compounds made up of other ingredients. Despite this, Boyle’s empirical approach, and general reluctance to make conjectures or hypotheses that weren’t grounded in experiment and observation were a good legacy to the future of chemistry, and science as a whole.

In fact, the move away from Aristotelian ideas and ways of thinking went beyond the specific explanations of the elements, to the way science was done in general. Boyle and other contemporaries of his era, including Francis Bacon and Isaac Newton, saw the need for their hypotheses to be built upon repeated, controlled experiments, in clear contrast to Aristotelian logic of deduction from assumed general axioms. The reason for this was that they recognised the biases and weaknesses of the human mind, which so readily makes subjective interpretations of reality rather than objective, neutral observations. What was needed was a system which minimised these biases, through an emphasis on methodology and repetition – this was treated in greatest detail by Francis Bacon in his work “Novum Organum”.

What Bacon, Boyle and Newton all had in common was their Christian worldview, which underpinned this acknowledgement of human weakness in the doctrine of the Fall of man. We are not the perfectly rational, unbiased creatures we’d like to think we are. This recognition of human subjectivity, however, was held together with a conviction that there is objectivity to be found because the world is made ordered by the God of the Bible, and so seeking to explore and understand creation is not a fruitless endeavour. It was Christian beliefs that led these men to leave Aristotelianism behind in favour of a new scientific method.

It was not to science alone that Robert Boyle left a lasting legacy. He was equally passionate about and active in following Christ. During the course of his life he financially supported Christian mission in the East, and, in particular, Bible translation into a variety of languages, as well as personally financing the printing of the Old and New Testaments in Irish, which until that time had not been widely available. In his will, he established and financed a series of lectures each year defending the Christian faith against Atheism, Islam and Judaism, with such titles as “The Atheistical Objections against the Being of God and His Attributes fairly considered and fully refuted” (1698), and more recently “Misusing Darwin: The Materialist Conspiracy in Evolutionary Biology” (2009). Here was a man with a strong faith in the God of the Bible, and a fervent desire to see people from across the world come to know Jesus as Lord and Saviour.

Boyle also wrote specifically on the interplay between science and Christianity, drawing from his own experience. He was adamant that engaging in the pursuit of science and valuing empirical observation would be of benefit to the faith of any Christian. This was captured in the subtitle of his final book, The Christian Virtuoso, Boyle’s personal manifesto as a Christian and scientist, which was published just a year before he died:

'THE CHRISTIAN VIRTUOSO: showing that by being addicted to experimental philosophy a man is rather assisted than indisposed to be a good Christian.'

Whatever is meant by the phrase ‘a good Christian’, his point is clear – science should benefit one’s Christian faith, not harm it. Indeed, throughout his life Boyle sought to use science to support the claims of Christianity, including at one stage attempting to use a chemical experiment then known as ‘reduction to the pristine state’ as a sort of analogy for the resurrection, in order to demonstrate its plausibility. Whether or not it is beneficial to Christian witness to attempt to prove the scientific possibility of various miracles is an interesting subject to discuss at another time.

For those who seek integrity in their convictions as a Christian and a scientist, Robert Boyle is an encouraging example. If, in his words, you are ‘addicted to experimental philosophy’, you can expect this to deepen your confidence as you follow Jesus. Some people would have you believe that to be a Christian requires disengaging your brain, whereas atheism is the intellectual high ground, the only logical option for the scientist. Robert Boyle, alongside many others in history and in the scientific community today are a counter-example. That there can be sceptically minded people on both sides of belief and unbelief in Jesus surely demonstrates that the principle issue is not intellectual in nature but spiritual – are they blind to the truth about Jesus, or have they had their eyes opened? Don’t let atheists claim sole ownership of scepticism. Scepticism looks into evidence, weighs alternative hypotheses, and does not dismiss a conclusion on the basis of presupposition or a priori assumption.

The Bible has its own sceptics – those who didn’t simply take someone else’s word for it but had to see for themselves. Those who tested the claims and hypotheses that were told to them. Consider Peter, running to the tomb to see for himself if what the women had said was true. Consider the Jews in Berea, who were of noble character, “for they received the message with eagerness and examined the Scriptures every day to see if what Paul said was true.” (Acts 17:11) Let’s apply that same intellectual rigour and noble scepticism to our faith in Jesus, confident that the promises of God in Christ, and his resurrection, will stand up to our scrutiny. 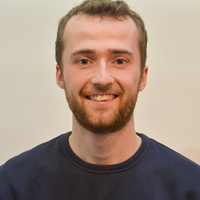 View all resources by Jack Payne