'Glance at the sun. See the moon and the stars. Gaze at the beauty of earth’s greenings. Now, think. What delight God gives to humankind with all these things. . . . All nature is at the disposal of humankind. We are to work with it. For without we cannot survive.'

If I told you that the subject of this blog was a feminist, a scientist, and a champion of raising awareness of global warming, you would probably not expect her to be born in the 11th century. Hildegard of Bingen was definitely ahead of her time. This innovative and creative scientist was, in many matters, on a par with the leading Christian scientists of our time. Most of the articles on this site about the relationship between faith and science could easily have been written by her a thousand years ago. Her voice was largely lost in history, but it’s amazing that much of what she taught has stood the test of time.

Born the tenth child in an era where tithing (giving a tenth of everything to God) was generally extended to children, Hildegard was ‘given to God’ and taken to live in an abbey, as a nun. There she learned faith and healing, and began to dabble in medicine, natural science, music and writing. She is probably most famous for writing two volumes: one called Physica, a book on natural science, and one called Causae et Curae, which was a book of medicine and remedies. These two works contain most of Hildegard’s musings on the relationship between science and faith, along with her scientific observations and medicinal remedies.

She insisted that the sources of her knowledge came from visions of light, that she reported having all of her life. These visions came with awful headaches and coincided with spells where she couldn’t leave her bed, sometimes for days on end. In current opinion it’s commonly accepted that in her case the 11th century ‘visions’ would be understood today as migraines. Hildegard spoke a lot of her visions consisting of light, and migraine sufferers often report and extreme sensitivity to light, or seeing strange light patterns, in the middle of an episode. Whether you think these visions were partially prophetic or not, or even whether her knowledge came from them, Hildegard’s insight into the relationship between science and faith has much to teach us.

I’m not going to pretend that Hildegard’s teaching was flawless. While she was faithful to the Bible on many subjects, like all major Christian figures of her time we need to be very careful that we don’t just blindly accept all of her teachings. We can learn a lot from Hildegard about science and faith, but it takes us using our critical thinking faculties to determine what whether any given paragraph she wrote was biblically true and therefore useful as Christians studying science, or whether it contradicted the Bible. For instance, one of her more damaging teachings was that the crucifixion isn’t the main way that humanity can receive redemption. You probably wouldn’t want to invite her to speak at your Christian Union mission week!

On the science side of things, she inherited the 'four humours' theory of health, and falsely made connections between the four humours and other sets of four found in creation, such as the ‘four elements’ (earth, air, fire and water). Her ability to notice patterns was impressive, but she clearly mistook correlation for causation! However, the underlying attitude behind her work was that science and faith go hand in hand; they are inseparable entities. Modern science students can learn a lot from her writings, reading past the archaic scientific principles and occasionally questionable theology.

I’ve done the reading between the lines work for you, and in true Hildegard style here I’ve drawn out four things about science and religion that Hildegard got correct.

1) The natural world is to be studied by Christians

This is not a call for all Christians to be scientists. This is a call for any Christian who wants to be a scientist to be a scientist. When Hildegard was alive the church thought that studying the world around us was completely pointless. In fact, you may have even some people in your church who echo this sentiment. The world and everything in it was viewed as totally corrupted, as a work of once-glory destroyed by Satan. It was his playground, his mess – so why bother studying it? Hildegard acknowledged the truth of original sin, and the fallenness of all things, yet she felt as though that wasn’t the end of the story. She writes of original blessing, focusing on the inherent beauty of creation. She writes that the creation of natural things by God gives natural things a dignity. Before the fall, all creation was made perfect, and made from love, an attribute of God that Hildegard often personifies. Just as King Solomon speaks to wisdom as if she is a person, when she is from God, so does Hildegard speak of love:

‘Love was in eternity and brought forth, in the beginning of all holiness, all creatures without any admixture of evil.’

Hildegard’s writings echo Genesis 1 to 3, where God identifies His creation as ‘good’.

It seems so obvious to us that Christians can and should be scientists. After all, the first task given to man by God was essentially taxonomy – the naming of new discoveries. Yet at the time of Hildegard’s writings, this was a largely forgotten doctrine. If creation was created by God as perfect, then even now, marred by the fall, it is worth studying. Because creation was made from God, it has inherent worth and beauty.

Scientists experience wonder. Perhaps not always – not when it’s 2am and your unstarted lab report is due at noon the following day. But the wonder is in looking down the lens of a microscope at a cell undergoing mitosis, or marveling at the intricacies of molecular quantum mechanics, or in studying the elusive complexity of the brain, or the grandeur of space. Wonder is one of the reasons that scientists do their subject, regardless of their faith commitments.

Hildegard held the same view 1000 years earlier. She taught that God was revealed in his creation, and that flowers, grass, trees and animals all pointed to a divine being. Why? Because of the wonder she felt when observing nature. She also acknowledged that this wonder at nature needed a recipient. She wrote:

‘The blowing wind, the mild, moist air, the exquisite greening of trees and grasses – in their beginning, in their ending, they give God their praise’.

Like the Psalmist who write ‘The heavens declare the glory of God, the skies proclaim the work of his hands’ (Psalm 19:1), Hildegard wrote that all of the natural world existed through, proved, and glorified God.

In her 2015 book ‘God in the Lab: How Science Enhances Faith’, Ruth Bancewicz mirrors the writing of Hildegard. She devotes chapters to how this wonder and awe at our world through science in essence points us towards something to receive our wonder – either nature itself, which isn’t capable of receiving our wonder, or to a creator being who is greater than the creation.

3) Science is a gift from God    An almost understated principle behind all of Hildegard’s work was that all things were put on earth, by God, for humans to use. It was the foundation for her studying the natural world, and the foundation for her discovering remedies and cures in the natural world. Like the instruction given by God to Adam in Genesis to eat from any tree in the garden, apart from the tree of the knowledge of good and evil, we are given the things in the earth to use. Of course, this principle does not mean we are to recklessly pillage the earth of its natural resources. Eating from any tree in the garden for Adam and Eve did not prevent them from looking after the garden. The earth has been given to us to wisely use.

What Hildegard missed is that the ability to study science itself is a gift from God. In Isaiah 28, the prophet Isaiah write that farmers have learned how to plant dill and cumin and wheat, and how to plant them differently, look after them differently and harvest them differently. He continues to write how it is the Lord who teaches him this, who is ‘wonderful in counsel and excellent in wisdom’ (Isaiah 28:29). You might consider the things you are studying to be from God, but I don’t know how often you consider the very mechanisms that you use to study them as also gifts from God. The scientific method, concepts of reliability and validity, null hypotheses; all these things are gifts from God. God has given scientists across history insight and wisdom and provided them with the means to conduct research. Your subject is a gift from God.

4) Science should be used for our world

Hildegard was way ahead of her time in recognizing the benefit that the natural world brings its inhabitants. She called for an awakening of ‘greening power’ in us to look after our world. She urged her readers to recognize the importance of looking after the world and predicts a chillingly familiar vision of the future. She wrote that in the future, people cared less about preserving the natural world, which resulted in ‘the greening power of life on earth (being) reduced in every seed because the upper region of the air was altered in a way contrary to its first destiny. Summer now became a subject to a contradictory chill, while winter often experienced paradoxical warmth. There occurred on earth times of drought and dampness… the earth should not be injured, the earth should not be destroyed’.

We now know for scientific fact that we benefit immensely from the earth around us. Being around greenness boosts mental health, and plants help to clear dirty air. That’s not to say that every Christian scientist must work towards preventing/reducing the impact of climate change (although to do so deserves merit) – we’ve already seen that research in general about this world is a gift from God. However, as Christians in science, there is a responsibility to ensure that our work does not violate God’s direction for Adam and Eve to tend the garden. There is a responsibility to respect our earth as created by, and belonging to, the Lord.

Fox, M. (2012). Hildegard of Bingen: A Saint for our Times. Vancouver: Namaste Publishing. 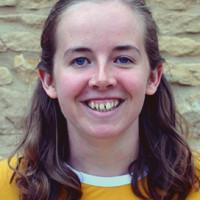 Jemima is a staff worker with UCCF, supporting Christian Unions in Leicester and Loughborough. She studied Psychology at Nottingham, focusing on the psychology behind altruism in her Master's year. …

View all resources by Jemima Howell