Gospel-shaped scholarship: an example from ecology

Elsewhere on this site, Darren Evans has shown how Christians have important roles to play in responding to the global ecological crisis.  As Darren says, it’s not just that some conservationists also happen to be Christian believers: a biblical worldview can provide a powerful set of motives for working to protect ecosystems, combined with the hope that comes from knowing this fits with God’s purposes.  But can our faith go even further?  Suppose a Christian philosophy could make a unique contribution to scientists’ understanding of the biosphere and how to care for it?  In other words: can Christian thinking produce better science?

Perhaps many of us hope the answer to that question is yes but would struggle to think of how.  Galileo, Copernicus, Kepler and other pioneers in physical science were believers of one sort or another whose faith arguably helped them – but it’s rare to hear examples from our own time.  So I want to share a story from my work.

Four years ago I was at an ecological conference where I noticed one controversial topic coming up again and again.  “Ecosystem services”, as Darren’s article explains, is a framework for motivating nature conservation by looking at measurable ways that humans benefit from ecosystems.  It’s controversial because it embodies a utilitarian ethic that overlooks the traditional conservationists’ focus (arguably rooted in a Judaeo-Christian ethic) on our duty to care for nature, its intrinsic value, the rights of other organisms, etc.  It’s also closely linked with putting monetary values on all the functions we can think of for ecosystems – and we know what can happen to economies!

As I bumped into a few Christian colleagues, it occurred to me that a faith-based initiative might bring some fresh thinking to this area.  So, supported by Faith-in-Scholarship, I contacted a dozen Christian colleagues in ecology, philosophy and theology to ask if they’d join a working group to explore perspectives on the ecosystem services framework.  Most were keen, and the “Faith-in-Scholarship Working Group on Ecosystem Services” was born.  We began our first workshop with a devotion on Psalm 104, which led us to write a reflection on the “services” of Psalm 104 (ecosystem services in the Bible are not focused on humans!) that the John Ray Initiative then posted on its blog.  But our biggest idea came from using a Christian philosophical framework to develop an alternative scientific and ethical approach.

Academic work is about building on the ideas of thinkers who’ve gone before, seeking insights by bringing new data and analyses to bear on a question.  We know that scientific wisdom and knowledge can be found by all kinds of gifted people – clearly you don’t have to be a Christian to do good science.  But many tend to go to the other extreme and leave their faith outside the “lab” because we’ve been told that science is a purely rational pursuit where religious faith can only bring bias and obstruct progress.  Our working group believed that because Christ is the author of creation, and in him are hidden all treasures of wisdom and knowledge, there should be some benefits from a Christian philosophical approach.  (We also knew that the “purely rational pursuit” bit is laughed out of humanities departments.)  Finding a precursor to a modern idea in the Bible (like ecosystem services in Psalm 104) generally isn’t going to contribute much to scientific progress because God’s word works more subtly than that; what we need is a Christian philosophy.  For a brief sketch of our starting point, see this piece.

Eighteen months later I found myself at an ecological conference in Rome giving a short talk about our group’s big idea.  This was based on Prof. Andrew Basden’s strategy to affirm, critique and then enrich the paradigms we inherit: a “creation–fall–redemption” model of doing research.  (You can read more about that here – it might be a first step on your own journey of faith-based scholarship.)  Then through a providential meeting, we got the opportunity to publish an article in a high-profile journal.  This article lays out our affirmation and critique of the ecosystem services framework before suggesting a more holistic, democratic approach that we call the ecosystem valuing framework.  Since then, through another meeting at yet another conference, I’ve had the opportunity to develop the thinking further and apply it to the evaluation of environmental policies.

We see the Holy Spirit at work in all this.  We’re not claiming that our work is the best or last word on how to value ecosystems, or that other Christians should agree with it just because of how it came about: again, that’s not how God’s word works out.  But we give God the glory for how we arrived at an important point that no-one predicted.  And we can see how our group has ended up encouraging other Christians and enabling a subtle witness to Christ in places we’d never have dreamed of: journal articles, scientific conferences, university seminars.  And we hope it will give other Christian researchers confidence in seeking to enrich the ideas around them.  Since our God revealed in Jesus Christ is indeed the creator, sustainer and redeemer of the cosmos, might not Christian thinking enhance academic research?

Hope in the global ecological crisis

How can I glorify God as a scientist? 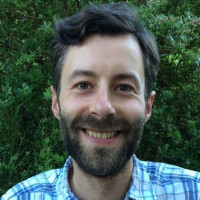 Richard Gunton  is husband to Diana, father to baby Sarah, and a co-founder of Church Scientific .   He teaches statistics at the University of Winchester and does research in ecology and …