Hope in the global ecological crisis

At the start of each academic year, I ask my conservation biology students why they have chosen the subject and, more generally, why should people care about protecting nature?

For many, they already have an understanding of the global ecological crisis and it seems obvious to them that urgent action is needed to prevent regional and global species extinctions. But articulating their personal motives for nature conservation always proves tricky. They often suggest that conservation is important for people as we depend on nature for resources (food, clothing, fuel, building materials) or that there might be new medicines to be discovered in tropical rainforests.

But, in my experience, this isn’t what gets professional nature conservationists out of bed each morning. It is usually something deeper and far more profound than economic arguments that motivates them. I ask my students these questions not only to get them thinking about the links between beliefs and actions, but because the question “Why should we care?” is a very hot topic in conservation biology and something professionals are increasingly being asked by politicians, decision-makers and the media as we face huge global challenges.

At the turn of the millennium, the United Nations launched a major assessment of the effects of human activity on the environment known as the Millennium Ecosystem Assessment (MEA)[1]. It was depressing reading. Set in the context of a rapidly growing human population (which is predicted to rise to 8-10 billion by 2050), it highlighted that most direct drivers of environmental degradation (habitat change, pollution, invasive species, over-exploitation and climate change) remain constant or are growing in intensity in most ecosystems across the planet. It showed that ¼ of Earth’s terrestrial surface was cultivated and that more land was converted to cropland in the 30 years after 1950 than in the 150 years between 1700 and 1850 to meet rapidly growing food demands.

These changes are having dramatic impacts on biodiversity.

According to the International Union for Conservation of Nature and Natural Resources (IUCN), 41% of amphibians, 33% of reef building corals, 25% of mammals and 13% of birds are threatened with extinction[2]. The rate of biodiversity decline is so alarming that some scientists have claimed Earth is entering a period they call the ‘sixth mass extinction’[3].

I am somewhat baffled that nature conservation is not high on the global political agenda. However, whenever I discuss these issues with politicians and decision-makers (and indeed many other people) the question “Why should we care?” often comes up. At first, I used to be rather surprised when asked this but have come to realise that modern conservation efforts arose from moral arguments regarding the value of nature and the proper human relationship to it. In other words, belief matters.

The MEA represented a paradigm shift in nature conservation in that it focused on the direct benefits people attain from ecosystems (termed ‘ecosystem services’). It showed that as humans we are inextricably connected with the ecological functions provided by biodiversity, such as crop pollination, waste decomposition and regulation of the carbon cycle. Such benefits tended to be taken for granted or ignored in previous economic models and environmental policy.  Since publication of the MEA, a wealth of studies have attempted to put a monetary value on ecosystem services, currently estimated at $145 trillion per year globally[4]. In the UK, pollinators are estimated to be worth £430 million per year to British agriculture. Other studies have put a monetary value on individual species.

Valuing nature in such a way has caused deep divisions within the global nature conservation community[5]. The British journalist, writer and campaigner George Monbiot wrote:

Reacting to the monetary value placed on biodiversity, many scientists in the West are trying to articulate their motives for nature conservation. This is hard because beliefs tend to be off-limits, at least in my experience in the UK and Europe. Peter Harris, co-founder of the Christian conservation organisation A Rocha International, says:

'There is certainly a troubling disconnect between the secular “west” and the global south where biodiversity is concentrated. It is potentially problematic because where conservation funds are raised and decisions are made in the “west”, beliefs are regarded as “personal” and so remain unexpressed, whereas in the south where there is a more seamless and easily expressed conversation between action and its faith motivations, important motivations for conservation can go unregarded by conservation professionals arriving from another world.'

'But I do believe there are encouraging signs, and paradoxically it is the realisation that conservation itself is inevitably a religious exercise even for secular people that is moving this forward. I mean by this religious with a very small “r” – but in the sense that it is an expression of convictions that are not exclusively empirically derived at least. And it is the profound struggle to establish a “value for nature” that I think is driving it'.

Looking at how conservation developed as a moral movement in the 19th and early 20th centuries, it was undergirded, in part, by a biblical view of the value of the natural world. The conservationist John Muir argued for the intrinsic value of species because they were “God’s creatures” and 'part of God’s family, unfallen, undepraved, and cared for with the same species of tenderness and love as is bestowed on angels in heaven or saints on earth'[6]

Perhaps surprisingly for some, the Judeo-Christian stewardship environmental ethic[7] has influenced the development of contemporary conservation values[8] and the concept of intrinsic value is embedded in the Convention on Biological Diversity. According to Van Dyke[9], the biblical basis for conservation is that:

2) legal protection is applied to the land as an entity in itself, not as a commodity or as a means of producing a livelihood (Exodus, Leviticus)

3) non-human creation is included in God’s stated plans for the redemption of the world to himself (Isaiah 11, Hosea 2, Romans 8, Colossians 1)

For Christians, a thorough and careful understanding of the biblical basis for caring for the Earth is a powerful motivation for putting beliefs into action. It is also needed to counter any charges. Writing in Science[10], Lynn White blamed Christianity for the current ecological crisis by claiming that Judeo-Christian theology had normalized exploitation of the natural world because:

i) the Bible asserts man's dominion over nature

ii) Christianity makes a distinction between man (formed in God's image) and the rest of creation, which is inferior

Commentators have countered this by arguing that Genesis provides humans with a model of "stewardship" rather than dominion, and asks people to take care of the world. More recently, David Orr published an essay in the journal Conservation Biology[11] which painted influential “right-wing evangelicals” as a community longing for the destruction of the material world to fulfil their understanding of Revelation. Clearly much more dialogue between conservationists and Christian groups is needed.

In my experience, most of my colleagues in the conservation world (most of whom have no religious beliefs) would ascribe to the Judeo-Christian stewardship environmental ethic. Elevating the intrinsic value of non-human creatures ensures that species that do not provide an ecosystem service are also considered in conservation action plans and Christians should provide a strong voice here. However, God’s stated plans for the redemption of the world to himself also gives Christians also a unique hope in what often seems like a losing battle. Writing in response to Orr’s essay, Simon Stuart[12] (Chair of the IUCN Species Survival Commission) wrote:

'Christians are committed by their biblical beliefs not only to the conviction that God himself cares for his universe in a daily and ongoing way but also that he helps and guides people in their conservation efforts. We are therefore not on our own against the relentless forces of unsustainable development and rapacious materialism. Every time we celebrate a conservation success story such as the recovery of the white rhinoceros in southern Africa, we are strengthened in this present hope that God is working with us to redeem his creation.'

Christians can have a confident voice in conservation biology because of the powerful motivation and unique hope that the gospel provides.

This has been a rich area of discovery for myself over recent years and there are a growing number of Christian professionals writing and working in this area. For more information from a Christian perspective and for the opportunity to get involved in practical conservation work, I recommend A Rocha International (www.arocha.org), which is now working in over 20 countries across the world.

Unselfish gardeners: Christianity and the environment

Gospel-shaped scholarship: an example from ecology 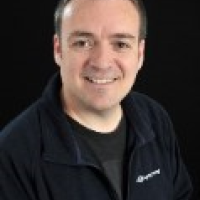 Darren Evans is a lecturer and researcher in Ecology and Conservation at Newcastle University. His work uses network theory and DNA-metabarcoding to understand the impacts of environmental change on …