Book review: God in the Lab

If you look at your bookshelf, I’d wager the vast majority of books there that concern science and God are filled with brilliant arguments from brainy people showing that science and faith are in agreement. This type of book has been immensely helpful to me but in many ways these are hard to apply to my daily life as a student of science. ‘God in the Lab’ is not one of those books. Rooted in the grind of routine science, Bancewicz takes the reader on an ‘exploration of the experiences in science that can enhance faith’ (12). This book contains no arguments for the existence of God but is an eyewitness account of how the act of doing science enlarges one’s view of God and was the choice book in the inaugural Science Network Book Club.

For the benefit of those of us who aren’t practising scientists, the author starts by giving us a taste of what life in the lab is like. Starting as she means to continue, Bancewicz illustrates her points with an engaging blend of her own experience and stories from other scientists.

What follows is the closest the book gets to anything in the style of an apologetic. In seeking to add clarity to the relationship between science and faith, Bancewicz takes us through the three pieces of evidence that have been key in her examination of the Christian faith. First, she appeals to the ‘great beauty and a fantastic level of order in the universe’ (45). Rather than treating this as gospel, we see that this is presented as supporting evidence and that ‘the scientific picture sets the scene for a more in-depth examination of who God is’ (46). In many ways that is the point which Bancewicz spends most of the book unpacking. Pieces of evidence two and three are the Bible and the personal God it tells us of, and the difference that can be witnessed in the life of people who become Christians. For the rest of the chapter the relationship between science and faith is argued to be not only ‘compatible’ but also ‘complementary’ (49). Rather than making this dry, Bancewicz engagingly walks the reader through the headlines of the historical relationship between science and Christianity and sets up the rest of the book by concluding that ‘appreciating the grandeur of the universe…is a perfect starting point for discussions about science and faith’ (57).

Drawing on the experiences of several other scientists, Bancewicz begins the discussion about science and faith with slightly less aired tenets of science: creativity and imagination. While Pyrex, oscilloscopes and other appurtenances of science may not scream creativity, we quickly see the necessity of this virtue in science from both the author’s experience and that of this chapter’s visiting scientists. One of the highlights of each chapter is Bancewicz’s knack of helpfully condensing the theological view of each of these areas. We see that scientists are co-creators with God as we ‘continue God’s act of creation in the world’ (85) but also that what we make is ‘always corrupted in some way ’(85). Together this leads the reader to acknowledge that ‘we need God’s help before we can create well’ (85). This attitude of humility is one of many takeaways that Bancewicz explores which can be applied in our everyday settings.

After highlighting how imagination undergirds many areas of scientific inquiry, Bancewicz - through the words of another scientist - shows us the difference that belief in God makes, namely that ‘believ[ing] in a God makes us confident that there’s an answer to any scientific question we’re asking’ (105). I spent a while thinking about the author’s question about whether imagination is ‘not so much a reflection of God’s character, but a gift to help us get on with our lives?’ (106). This raised for me further questions on what it means to be the image of God, specifically in reference to our role as co-creators.[1]

While I may have concluded something slightly different to Bancewicz, given that we both have the commitment that God ‘knows the universe, knows us, and knows himself completely’ (106), the main discrepancy seems to be primarily semantic in nature.

Bancewicz turns then to the more apparent responses to scientific inquiry. Showing first the various roles of beauty in science, the author then provides a brief but characteristically helpful summary of the main approaches to natural theology. Bancewicz affirms the view that ‘we see the imprint of God’s character in creation if we interpret it properly’ (146) while also acknowledging the need for discernment if we think about nature in this way. The reader is left in no doubt that the ‘beauty we see in creation reminds us of God and moves us to both wonder and worship’ (156).

It’s not very often you read a Christian book that quotes Richard Dawkins positively, but in considering awe and wonder, Bancewicz shows us these are almost universal to the scientific method. Invoking the experiences of a range of scientists from the aforementioned atheist professor to Chesterton and McGrath we see that ‘the feeling of awed wonder that science can give us is one of the highest experiences’ (177). While going through these chapters in the Science Network Book Club, we discussed what a powerful tool this is for evangelism. As our colleagues are struck by the awesomeness of creation, isn’t it amazing that we can tell them of ‘a deeper feeling of wonder at the fact that he who put the code in DNA invites us to call him Father’ (176)?

Throughout the book, Bancewicz is graciously inclusive of those who disagree with her on secondary issues, though she perhaps misrepresents the origins of the beliefs underlying Young Earth Creationism.[2]

The way Bancewicz weaves together her own experience, the stories of other scientists and theological discussion makes for compelling reading that deals with weighty topics in an accessible manner.

Bancewicz closes the book with the clarion call of Psalm 111: ‘Great are the works of the Lord; they are pondered by all who delight in them’. I have found ‘God in the Lab’ greatly beneficial in turning my ponderings to praise. Regardless of whether or not you are a scientist, this book will be helpful in illustrating how the performance of ordinary science only serves to magnify the glory of an extraordinary God.

[1] ‘Imagination Redeemed’ by Veith and Ristuccia or for a fuller, broader treatment of the image of God, Bavinck’s Reformed Dogmatics – Volume 2 Part 5

[2] For helpful, and at times surprising, further discussions on this (coming from different view points) read Joel Beeke’s ‘What did the Reformers Believe about the Age of the Earth?’ or ‘Four views on the Historical Adam’ ed. Barrett, Caneday.

Discussion questions: God in the Lab 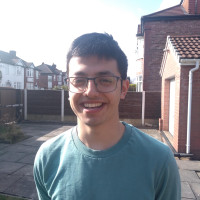 Rohan is currently studying Aeronautical Engineering at Imperial College London with a particular interest in aerodynamics. Outside of his course, he enjoys being part of the CU, all things cycling …

View all resources by Rohan Joseph