Greg Cootsona's most recent work into debunking the conflict between science and faith is a refreshing, encouraging, and challenging read for all who wish to see the church embrace science rather than fear it.

The book takes a look at the generation of 18-30 year olds, (emerging adults), who may be considering a career in science as a Christian, but are living in a time where many believe science to be atheistic at its core. How do we as a church and Christian community get alongside these adults and support them in their walk with Christ? How do we unite religion and science?

Based on Ian Barbour's "four ways of relating religion and science", Cootsona explains that there are four attitudes towards faith and science that emerging adults are familiar with; conflict, independence, dialogue, and independence. From completely disagreeing, to being separate fields of study with respective boundaries, to being fields that both have insight, we are encouraged as readers to integrate science in faith in order to make the other stronger. Yes, use faith and science in collaboration when appropriate, but Cootsona also emphasises that there are times when the two should be independent:

'Seek integration when possible. Address conflict when required. Allow for independence when necessary.' (47)

Cootsona tackles many topics that arise in the so-called conflict of faith and science, from common topics like creationism and the Big Bang to emerging topics like technology and artificial intelligence. With each topic, Cootsona gracefully explains arguments, defines terms for all to understand, and willingly gives his own opinion as you read along. For example, when addressing the negative view of certain churches to mainstream science's view on evolution and the age of the universe, Cootsona writes:

'Christians have every reason, therefore, not to twist science into their own convenient configurations.' (7)

Respect science for what it says and don't abuse it to try and prove the existence of God. Science can enhance our faith by revealing to us the beautiful intricacies of God's creation, but it can't prove His existence. That is a forced form of integration between faith and science that will not work. I have no doubt that many believers who read this book will be challenged, as I was, to rethink their thoughts on certain topics of science and faith.

Reiterated throughout is the authority of Scripture when looking at faith and science. God has gifted us with the "book of nature" for us to study His creation, but this isn't to be our source of authority in life. Science is a gift from God and has its place in the world, but it is by no means the ultimate truth. When it becomes our ultimate source of truth, it replaces God at the centre and this in fact abuses the boundaries of science. Science has its limits. Does that make us appreciate it less? Not at all. If anything, having science in the right place makes us appreciate it all the more.

Throughout the book Cootsona is honest and, at times, refreshingly blunt about where he stands on the issues being discussed. Society today as a whole is lacking people who are willing to give their honest opinion. What Cootsona also does is encourage exploration on both sides of the fence, with a plethora of resources for readers to indulge in.

As well as debunking the war between faith and science, he also debunks the idea within the Christian community that science apologetics is only for the scientists. It's not. Any believer can engage with and effectively communicate science apologetics regardless of their profession and Cootsona is a fine example of this- he himself admits in chapter one that he is not a scientist. Don't just leave it up to the scientists in your congregation. I can't tell you how reviving I find it when I meet a Christian with no scientific background just as enthusiastic about science apologetics as I am!

This book is to not only convince pastors, ministry leaders, and emerging adults that the church has to "embrace mainstream science for its future", but it also provides insight into the obstacles faced and the rewards received when undertaking this ministry:

'...this book presents a picture of what it looks like to pursue this kind of work- the challenging mountains, the gorgeous vistas, the dangerous sinkholes, and the peaceful meadows.' (18)

This is the ultimatum; the church must engage with science and other current topics in order to better serve emerging adults in our communities. If we don't, we may well see more and more young adults leaving their faith behind as they pursue other areas that promise "truth".

If you are in any way interested in combining faith with science, read this book. It will start you on the right path. 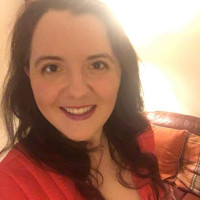 Kirsty is a medical illustrator working in Glasgow. Her background is in anatomy and medical visualisation, and has worked in science for 9 years.

View all resources by Kirsty Earley