'If we discover a complete theory, it would be the ultimate triumph of human reason – for then we should know the mind of God.'

Hawking was not a man to avoid explaining complex ideas to the general public. His book ‘A Brief History of Time’, was a global bestseller, in spite of its theoretical cosmology theme. Hutchings and David Wilkinson’s book, ‘God, Stephen Hawking and the Multiverse’, follows in this tradition, attempting to present Hawking’s work, and its surrounding philosophical ideas, to a non-expert audience. A discussion on cosmology, quantum physics and their consequences for theology, it is easy-to-read and well-researched.

The book contains an explanation of the work of Stephen Hawking and its significance, without much complicated mathematics or assumed scientific knowledge. As a physics teacher, Hutchings’ experience at communicating science to beginners is clear throughout. Combined with Wilkinson’s doctorates in Astrophysics and Theology, the authors are well placed to communicate Hawking’s physics and to begin to ask the big questions on what a new model for the universe could mean for Christians, and theists in general.

Its tone will be a delight to all who cheerfully claim the label of ‘nerd’, with each chapter beginning with a cleverly linked analogy to the covered topic. These analogies contain examples from computing, comic books and global history, and help to break up what could otherwise have been a dense, heavy work.

Why did science need Hawking?

The book begins by taking us on a whistle-stop tour of the historical study of gravity, covering Aristotle, Copernicus, Kepler, Galileo, Newton, Faraday and Einstein, among others. Alongside these scientific developments, they mention the theological controversies that accompanied them, as well as discussing the Christian beliefs that many of these scientists held.

Secondly, the authors outline the more recent history of quantum physics. This section deals with the difficulties scientists have faced in attempting to reconcile quantum mechanics, which typically describes the physics of tiny particles, with general relativity, which describes gravity. 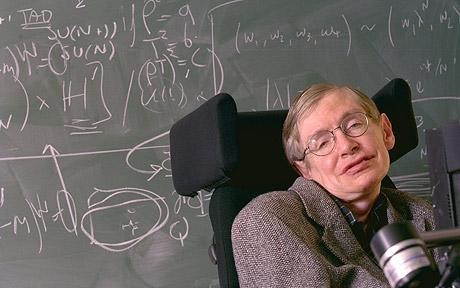 This groundwork laid, the book goes on to discuss Hawking’s work, including his first, ground-breaking PhD paper ‘Singularities and the Geometry of Space-Time’, his famous book 'A Brief History of Time' and his collaboration with James Hartle, amongst other topics. His work with Hartle led to their joint model of the universe, the Hartle-Hawking state, which proposes that the universe has no real boundaries in time or space.

It is at this point that the book gets a little sticky - Hutchings and Wilkinson are dealing with a topic that quantum physicists and cosmologists are still arguing about, and thus, this section of the book seems to raise more questions than it answers. In addition, they are forced to walk very close to a ‘God of the gaps’ approach to the philosophical controversies surrounding the no-boundary proposal. I am yet to reach my own conclusion on many of the claims they make, but their discussion on the topic remains a helpful starting point for those wishing to learn more about these ideas.

One idea that Hutchings and Wilkinson deal with comprehensively is the concept of the multiverse. In his book, ‘The Grand Design’, Hawking provides a brief summary of how the Hartle-Hawking universe supports the concept:

'In this view, the universe appeared spontaneously, starting off in every possible way. Most of these correspond to other universes.'

The multiverse is often presented as an alternative to the idea that the universe is ‘fine-tuned’. This suggests that the laws that govern our universe, and allow it to exist in a state that enables us to exist, are so precise that they point towards a creator.

Hawking, alongside other scientists, believed that the multiverse contradicts this view. They propose the existence of an infinite number of universes, each with a different set of physical laws. This would mean that the existence of our universe, with its set of perfectly precise laws, is not unlikely. In ‘The Grand Design’, Hawking presents his view very clearly, stating that ‘the fine-tuning in the laws of nature can be explained by the existence of multiple universes.’

As the book outlines, this proposal is not the heavy blow to God’s existence Hawking’s believed it to be. Firstly, the idea is not removed from scientific controversy, with the primary issue being that there does not seem to be a possibility of solid scientific evidence for the proposal. Secondly, and more importantly, the suggestion that it disproves God is a false conclusion. The authors reference John Lennox, who argues:

‘Hawking has once again fallen into the trap of offering false alternatives… as philosophers have pointed out, God could create as many universes as he pleases. The multiverse concept of itself does not and cannot rule God out.’

In general, this book’s careful examination of the philosophy surrounding modern cosmology, alongside its mentions of individual scientists' Christian beliefs, makes it a good book for anyone struggling to believe they can simultaneously maintain their scientific and religious integrity. Its later philosophical chapters make it clear that considering science alongside religion is not only intelligent, but that modern cosmology has rendered it necessary.

‘“Philosophy is dead. Philosophy has not kept up with modern developments in science, particularly physics”.’

Not only do they undermine this view by discussing the work of philosophers who have kept up, they also introduce to us a challenge: as scientists, we must collaborate with our philosophical colleagues to build robust, cross-disciplinary foundations for modern science as it progresses. For this reason, I would recommend the work to both scientists and philosophers. In addition, I believe it’s appropriate for both believers and non-believers, although I would not recommend it as an initial introduction to the combination of faith and science.

The book ends with a final reminder that we must not get lost in ambiguous theism. Although brief, the last chapter contains their thoughts on Christian-specific interpretations of the multiverse. The book finishes with a lament that Hawking never seemed to seriously reflect on what Christians believe is the biggest question of all, asked by Jesus,

You can buy a copy of 'God, Stephen Hawking and the Multiverse' here.

If science explains the origin of the universe, do I still need God? 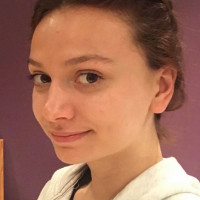 Emma Hattersley studies Physics with Astrophysics at the University of Manchester and loves investigating the intersection between science and philosophy. She is Science Editor for the Mancunion …

View all resources by Emma Hattersley