Living as a Christian in contemporary research culture

“Can you be a Christian and a scientist?”

This lurking undercurrent of doubt and fear would eat away at me through my years of studying science at university. I knew that I valued science and believed in it: in fact as a Christian it only felt natural for me to celebrate God’s creation by learning more about it through science! But conversations with my scientist course mates revealed their lingering perception that science and faith, even if not in conflict, existed in separate spheres.

As I would later learn, the belief that science and faith are at war with one another is referred to as the conflict thesis. This popular understanding of their relationship has endured well into the 21st century, despite being largely debunked by academic historians as an exaggerated picture of historical events (read more about one such event here). Some scientists, including many I met at university, argue that science is a sufficient explanation for the world and that believing in God is no longer necessary. But as a Christian scientist, I had to believe that you can reconcile faith in God with trust in science.

A combination of personal frustration and much discussion with fellow Christians left me questioning where any actual conflict between science and faith might lie. Eventually this led me to consider the unique challenges Christian scientists might face in research culture.

Research culture is defined by the Royal Society as “[encompassing] the behaviours, values, expectations, attitudes and norms of our research communities. It influences researchers’ career paths and determines the way that research is conducted and communicated”[1].

Academic research in particular brings with it a world of high-pressure deadlines and stiff competition over limited funding, with researchers trying to demonstrate how much more ground-breaking, useful, and publishable their research is than their peers’. While science is sometimes successful, scientists also experience much frustration and stress as they contend with the competitive and cutthroat culture of research. What sorts of tensions might this bring for Christian scientists, and how might these challenges differ from the kind of science-faith conflict we’re used to hearing about?

With this backdrop, I wrote my Masters dissertation exploring the role of Christian values and beliefs in the experiences of Christian scientists, wanting to better understand the challenges, if any, they face in navigating the complex relationship between science and faith within the cutthroat culture of research. I interviewed eight scientists from different disciplines at different stages of their careers about how their Christian faith affects how they navigate the research environment. With a diverse group ranging from PhD students to professors, I asked them to reflect on how their beliefs influence their attitudes towards research, and how it enriches or challenges the way they conduct their research, encompassing not just scientific theory but also their social interactions. Here I share three major takeaways from my research, which I hope will be an encouragement to anyone considering how to live and thrive as a Christian in scientific research.

1.     Finding identity in the person of Jesus

A common theme among my interviewees was that of their identity being centred on the person of Jesus Christ. They told me how this identity forms the basis for their attitudes towards their scientific work, and to their behaviour and relationships within the research environment. As expressed by one of these scientists:

“Although it feels like things may be out of control in terms of work, and papers are rejected, grants fail, [it] looks like I’ve got no immediate prospects of success coming, I can still trust God in that it’s part of His plan.”

Rather than measuring their worth by their work - whether their experiments succeed or their papers get published – these Christian scientists found a great reassurance in their unchanging identity in Christ. Knowing that they have been made right with God through Jesus’ death on the cross, and that God continues to love and care for those who love Him (Romans 8:28), liberates them from the turbulent ups and downs of research to find real hope and reassurance in the person of Jesus. Instead of chasing personal success and glory, they pursue their scientific work with resilience and with a motivation to live for God, seeing their scientific work as fulfilling their calling to serve and worship Him with all of their lives.

In particular, science was also a way for them to better understand God’s creation, and to do so with a humbling awe and curiosity as they marvel at the world God has created. Reflecting on Psalm 19:1 “The heavens declare the glory of God; the skies proclaim the work of his hands”, studying science is one way to better understand the world created by God, and to praise God for it. Whether it is examining intricate protein structures or understanding chemical synthesis, they can find joy, awe and humility in appreciating God’s creation, worshipping God with all of their minds through their science.

As we talked, it was clear to me that these Christian scientists possessed a intimate understanding of God, and this overflowed into a desire to glorify God in not just how they view their work, but also how they do their work. I was reminded of Matthew 5:14-16:

“You are the light of the world. A town built on a hill cannot be hidden. Neither do people light a lamp and put it under a bowl. Instead they put it on its stand, and it gives light to everyone in the house. In the same way, let your light shine before others, that they may see your good deeds and glorify your Father in heaven.”

In research culture where they may have to face competition as well as ethical questions, how do these scientists choose to live righteously in every situation, love Jesus and others, and let the light of God shine out into the laboratory through them?

One way I observed was aspiring to sacrificially care for others in their work context:

“Compassion, I guess, goes against the academic culture of hierarchy and competitiveness. So trying to make an effort to look out for people who are lower down the ladder...being willing to be the person who helps the people who actually won’t be of much use to you in return.”

Particularly when collaboration might mean spending time and effort to help their colleagues at the cost of time spent on their own research, their response to the competitive research environment is to persevere in caring for and loving the people around them, wanting to model a Christ-like love for others that is only possible with their firm and sure identity in Christ.

Another opportunity for distinctiveness came in evaluating the ethics of their research. I heard from scientists who would sometimes choose to take a step back from their work if it meant compromising on their Christian beliefs, even at a cost to their own success or prestige.

Other challenges were more subtle, whether navigating gossip in research groups, or how their decisions to prioritise their time in church and small groups were perceived by colleagues. In a culture where work can become all-consuming in time and energy, these scientists showed a deliberately reflective attitude in wanting to prioritise Christ in their work, choosing to engage with these ethical and social challenges in their research. Rather than concealing their faith, they show a boldness and confidence to live for Christ in the laboratory, even when this seems totally countercultural.

3.     Reflecting on the conflict thesis

As I conducted interviews, it stood out to me that these scientists don’t see their faith as being at all in conflict with their work. However, the legacy of the conflict thesis does sometimes create cultural and social difficulties for these Christian researchers, such as how their colleagues might perceive them negatively for their religious beliefs:

“Sometimes people are just surprised that I’m a Christian when it comes up. Because often the tone of the conversation around the table [is] quite anti-Christian, because people just assume everyone else has a particular atheistic worldview”.

Perhaps some of you reading this now may have experienced similar reactions of surprise from other scientists when they find out you are a Christian!

However, rather than shying away from this conflict by concealing their identity as a Christian, I was encouraged to see their desire to engage with people around them in thinking about the relationship between science and religion.

Not only do they seek to glorify God in how they think and do their science, the scientists I spoke to also looked for ways to engage in intentional dialogue with their non-Christian colleagues, working to show how, contrary to the conflict thesis, science and faith can coexist and flourish. Whether this is in conversations over meals about how Christianity shapes their view of science, or in formal capacities like giving talks on how a Christian worldview relates to topics like artificial intelligence, there was a shared openness and boldness among these scientists to share their Christian identity with others.

How these scientists live out their Christian faith in research paints a richer picture of an identity not found in the success of a scientific career, but one that has a love for Jesus Christ and desire to glorify God at its centre. While living distinctively in the culture around us may come with its challenges, it is by actively speaking and living as Christians in this environment that we can reaffirm and strengthen our relationship with God, while also showing others around us the confidence we can find in the gospel and in Jesus that is far more sure and secure than our experiments or papers!

It is a unique privilege to live life as both scientists in modern research culture and as Christians who experience the purpose and joy of being God’s children. Living out our Christian faith and identity is not limited to just time in church, but includes living whole lives worshipping God, which, if you’re a scientist, naturally includes your time spent doing your science! Even if there are challenges along the way, it is in these moments where we can return to look at the person of Jesus Christ and remember his unchanging goodness and the comfort that comes from knowing him.

Having these conversations was such an encouragement and inspiration, particularly seeing how these Christian scientists want to live boldly for Jesus in their scientific callings, and challenged me to reflect on what that might look like in my own life. Even in the face of challenges we might face in research culture, perhaps seeing the example of these Christian scientists who are further along the journey of reflecting on the science-faith relationship may be helpful to us in thinking how we can also continue our journey to live more like Christ in the laboratory. If someone asks me again today, “Can science and faith go together?”, I hope to respond with confidence in my identity in Christ, and a bold desire to live and speak for Jesus in how I think and do science!

What challenges might you face within today’s culture of research?

What is one way you can be living for Jesus in the laboratory?

Read Maximum Life by Julian Hardyman as a helpful start to reflect on what living a full and abundant life for God might look like, whether in science or beyond. 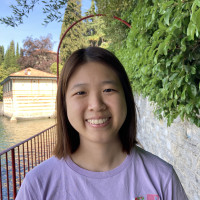 Emma is a Relay Worker working with the Cambridge Christian Union and the UCCF Science Network. She studied Natural Sciences (specialising in Plant Science) at Cambridge but discovered she loved …

View all resources by Emma Soh