Is there enough evidence to believe?

I recently sat with a friend who said that if God would stamp his hand right now with some sign then he would believe. The implication of this being that there is not currently enough evidence but perhaps if God could provide a little bit extra then any reasonable, scientific person would of course have to believe.

As scientists, and science students, we are concerned with evidence. Sometimes a theory is hypothesised and scientists design an experiment to look for evidence to support a theory. Sometimes evidence comes to light which does not fit the theory - and then the theory must change to fit the evidence.

When we are presented with a set of facts, we work out what the most likely explanation is which would explain these facts. The police gather evidence to work out who has committed a crime and how it took place. Scientists gather evidence to work out how a thing works, or perhaps what things are made up of. In both cases, though, people have to decide what constitutes ‘enough’ evidence; at which point the suggested explanation can be considered true beyond reasonable doubt.

Sometimes people are surprised to hear I am a Christian and a scientist, and they usually mean that a scientist is concerned with evidence, facts and reason and religious faith is…. not?

God didn’t stamp my friend’s hand that day. But, why? I have two reflections on this that I’d like to share with you, and encourage you to think about for yourself.

I don’t know about you, but when someone says they’d like to believe but they just don’t see enough evidence I sometimes wish there were more. Wouldn’t it just be easier if there were a simple proof I could write out that shows to them that Jesus is Lord and Saviour?

Luke begins his account of Jesus’ life by saying that he has undertaken to write an orderly account of the evidence he has gathered from eye-witnesses so that his reader, 'may have certainty concerning the things you have been taught.' (Luke 1:4)

John tells us that he himself was an eye-witness, and could have written enough books to fill the world! But, 'These are written that you may believe that Jesus is the Christ, the Son of God, and that by believing you may have life in his name.' (John 20:31)

And the writer of Hebrews tells us that, 'Long ago, at many times and in many ways, God spoke to our fathers by the prophets, but in these last days he has spoken to us by his Son, whom he appointed the heir of all things, through whom also he created the world.' (Hebrews 1:1-2)

If you ever find that you are not sure if you have enough evidence to believe, or have friends who say the same, then can I encourage you to go to the source! Read the accounts of Jesus’ life, whether for the first or hundredth time, and hear the accounts of the eye-witnesses.

Many people more qualified than me have written about the reliability of these accounts, and so if you’re not sure about that then it might be worth finding a book, watching YouTube lectures, or reading articles on Bethinking.

Wherever you are in your faith, equip yourself with the knowledge of this evidence. As a scientist, that’s what you are supposed to do! And trust God that he has provided a sufficient amount for us to have confidence in Him.

And secondly, what about giving us more evidence?

Wouldn’t it just be easier if Jesus could just appear now, in front of me or my friend, and say, “Hey! Look! I’m here! Look at the miracles I can do, look how much I know about you without you even speaking.” But wait... He already did that. Jesus was born as a man and showed Himself to the world, performed miraculous signs and knew things no person could have known about the people around him. He knew what others were thinking (Mark 2:8), where they were (Luke 1:48), what was happening in other places (John 11:11), turned water into wine (John 2:9), walked on water (Matthew 14:26) and was raised from the dead (Matthew 28:6).

Some who were there at the time did believe, but many did not even when witnessing the things he could do. Even when God Himself stood in front of people and spoke to them they still could not see. Why? The problem isn’t the evidence but that we are blinded by sin and have hard hearts which do not want to believe. Certainly that is true of my own personal experience. So arm yourself with apologetics and science and history, but most of all with the Bible. The Bible is where God Himself has spoken directly, and only He can really open a person’s eyes to understand all the evidence. And remember to keep praying and asking Him to do this, because unless He does all the evidence in the world is worthless.

Take the opportunity this Christmas, as we remember and celebrate Jesus’ birth, to read up on some historical evidence, re-familiarise yourself with the evidence presented in the Bible, and share it with others. We can have confidence that God has provided all we need to know Him and trust Him.

And invite a friend to look at the evidence with you, invite them to a carol service put on by your CU or local church so that they can hear about the birth of Jesus and encourage them to look properly at the evidence before making their minds up - because how can any serious scientist refuse?

How to speak to scientists about Jesus 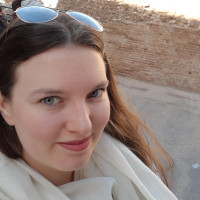 "Hi there, my name is Jasmine and I’m the resident blogger for the UCCF Science Network. I grew up in a working class family in Manchester with no religious influence, but became a Christian at …

View all resources by Jasmine Brown